Question of the week- Friday 11th September – My child was bitten passing by an unrestrained dog, do we have the potential for a claim? 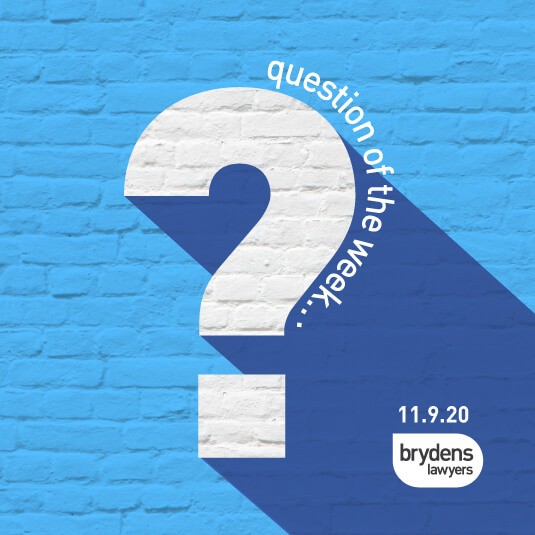 My child was bitten passing by an unrestrained dog, do we have the potential for a claim?

Some of the most tragic cases I have ever been involved with concerned injury suffered by children as a result of an attack by a dog. We have all read reports and are fully aware of the potential for not only serious injury but loss of life that can result from a dog attack.

The Companion Animals Act 1998 provides the legislative scheme for the identification and registration of companion animals but also identifies the duties and responsibilities of their owners.

The legislation provides that for any dog in a public place, it must be under the effective control of a competent person by means of a chain, cord or leash. Certain breeds of dogs must be muzzled at all times when off the property where the dog is ordinarily kept.

Of most relevance is the provision contained within the legislation that provides that if a dog rushes at, attacks, bites, harasses or chases any person, whether or not any injury is caused, the owner of the dog or the person who is in charge of the dog, is guilty of an offence. It should be noted that it is not an offence if the incident occurred as a result of the person trespassing on the property where the dog was being kept.

Therefore, the general view is that if you suffer injury as a result of an attack by a dog, off the premises where the dog is ordinarily kept, then there is a statutory liability on the part of the owner of the dog or the person in charge of the dog at the time.

The common law also provides that if you suffer injury, loss or damage as a result of another party’s negligence, which could include the failure to properly restrain a dog, then you would be entitled to prosecute a common law action for damages.

Regrettably there is no obligation under the law to ensure that dogs are insured for the purpose of any injury, loss or damage occasioned to another person. That is, if there is no public liability insurance held by the owner of the dog or the person in charge of the dog at the time, then a successful claim would have to be satisfied by the owner of the dog themselves. Often there have been instances where successful claims have never been satisfied given the inability of the dog owner to pay the judgment sum. Most public liability insurances attach to a home contents policy. It will ordinarily cover the insured person for negligent acts off the premises. Accordingly, the owner of a dog or a person charged with the responsibility of a dog which attacks another off the premises would invariably be covered by the public liability insurance which they hold even though the attack occurred off the premises.

It is imperative that owners of dogs carry public liability insurance to protect themselves in the event of their dog attacking another person. Those who have suffered an attack by a dog, off the premises where the dog is ordinarily kept, would almost certainly have a claim available to them for the injuries which they have sustained. Even if the attack occurred on the premises where the dog was ordinarily kept a common law action could still be available to the injured person if they can establish negligence on the part of the owner of the dog or the person charged with the responsibility for the dog.