Question of the week- FRIDAY 15th May – What is the difference between a Workers Compensation Claim and a Work Injury Damages Claim? 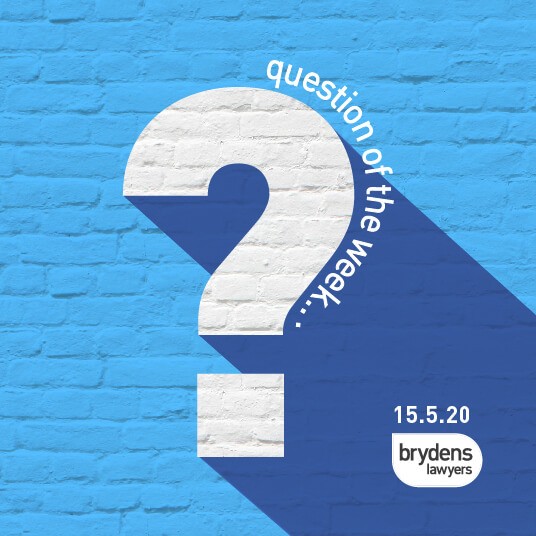 What is the difference between a Workers Compensation Claim and a Work Injury Damages Claim?

All persons who are injured at work are entitled to receive benefits from their employer’s workers compensation insurer. The benefits primarily are:

It need not matter how the injury occurs for a worker to be entitled to recover benefits from the employer’s workers compensation insurer. There is of course an exception for self- inflicted injuries or fraudulent cases. Apart from same the cause of the accident does not determine whether the worker is entitled to receive these benefits. All that needs to be determined is that the injured party is a worker and that the injury has arisen out of their employment or during the course of their employment.

There is also provision for the prosecution of what is known as a “work injury damages” claim for workers who have suffered serious injury which arises as a result of the negligence of the employer.

For a work injury damages claim the worker must establish that the injury sustained has resulted in a whole person impairment of at least 15%. This assessment can be made either on physical or psychological grounds. Once the 15% whole person impairment threshold has been achieved consideration then needs to be given as to whether the employer has been negligent and that the negligence was causative of the injury sustained by the worker.

Remember, accidents do not simply happen. They are caused.

If the worker is able to establish the 15% whole person impairment threshold and that the injury was caused or materially contributed to by the negligence of the employer then the worker is entitled to recover modified common law damages in a work injury damages claim.

Regrettably the worker is not entitled to claim any additional compensation for their pain and suffering. They are limited to the small lump sum of compensation recovered in the workers compensation claim commensurate with the degree of impairment that results from the injury. Similarly, the injured worker is not entitled to make any claim for future medical or care expenses. That is, if a worker requires continuing medical treatment then the obligation on the part of the insurer to continue to pay for that treatment ceases upon finalisation of a work injury damages claim.

A work injury damages claim, if successful, only entitles the injured worker to recover “economic loss”. This includes the actual loss of wages (less any workers compensation benefits paid) from the time of the accident until the worker’s anticipated retirement age. There is also a claim available for loss of superannuation benefits commensurate with the economic loss suffered, both past and future.

It is indeed a gross anomaly that exists in the work injury damages scheme that provides for an injured worker having to give up their entitlements to claim the cost of continuing medical treatment by bringing a work injury damages claim. There is no logical explanation for same but for the fact that it fits in with the underlying premise acted upon by successive State Governments in the institution of personal injury schemes in NSW. That is, ensure that any reforms enacted favour the insurance company over the interests of the injured worker.