What happens when a jury cannot reach a unanimous verdict? 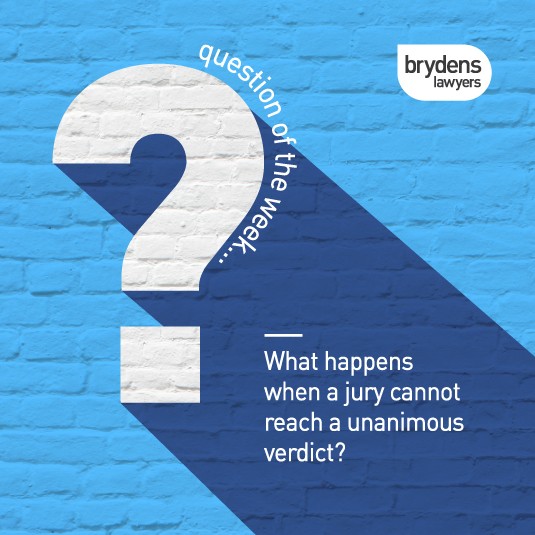 What happens when a jury cannot reach a unanimous verdict?

One of the hallmarks of our criminal justice system is for an accused to be entitled to have their matter determined by a jury of their peers.

A jury is empanelled from a selection of men and women who are called upon to perform jury service. Once empanelled the jury takes an oath or affirmation that they will give a true verdict according to the evidence.

The finding of guilty or not guilty by a jury requires a unanimous verdict. That is, all 12 jurors must be in agreement. All 12 members of the jury had to have reached the same conclusion concerning the accused’s guilt beyond a reasonable doubt before a conviction could be returned.

An amendment to the Jury Act 1977 provided for “majority verdicts” in criminal trials for state offences. The legislation provides for a majority verdict in the following circumstances: