Question of the week- Friday 11th December – I have been injured in a motor vehicle accident- how can a solicitor help me? 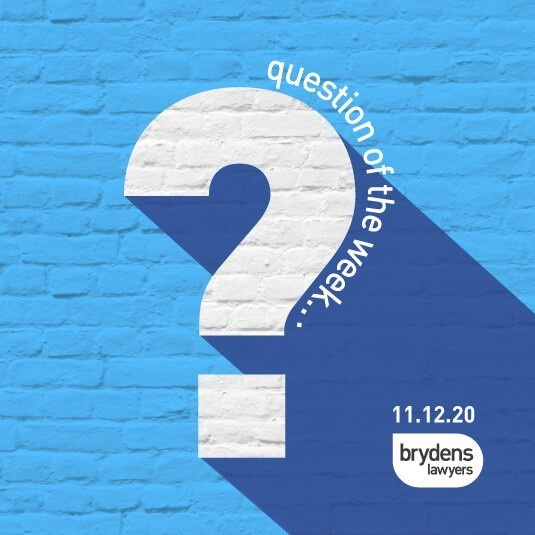 What is the difference between Medical Malpractice and Medical Negligence?

If you are injured in a motor vehicle accident then you will, regrettably, suffer on two fronts. Firstly, the injury itself and secondly, the indignity of having to deal with an insurance company for the purpose of seeking compensation under the Motor Accident Injuries Act 2017.

The Motor Accident Injuries Act 2017 was imposed upon the innocently injured motorists of New South Wales by the current New South Wales Liberal Government. It was done, as far as I can tell, for two reasons. Firstly, to seek to reduce the price of green slip insurance and secondly, to bolster the profits of insurance companies. There was nothing contained within the legislation that served the interests of the injured motorist.

The price of green slip insurance was reduced following the introduction of the Motor Accident Injuries Act 2017 and this was achieved by substantially slashing the benefits that would otherwise be payable to an innocently injured motorist under the policy by the insurance company. It is not difficult to reconcile that if there was to be a reduction in green slip premiums that would impact upon profits of the insurers, something had to be done. And it was.

What was done was the enacting of legislation that provided for insurers only having to pay out a fraction of what was previously being paid by way of claims made by innocently injured motor accident victims.

We now have a scheme under which the innocently injured motor accident victim receives the absolute minimum level of compensation that the government felt it could get away with. I have no doubt that had the government saw the opportunity to reduce the benefits even further, it would have. After all, it is not innocently injured motor accident victim that is donating large sums of money to political parties.

Under the current scheme there is provision for payment of medical expenses as incurred. There is provision for payment of wage loss (subject to a deductible) and there is the very limited prospect of recovering any compensation for pain and suffering. Such compensation is restricted to only those people who suffer very significant if not horrendous injuries.

And not only do you receive minimal benefits, but you also have the pleasure of battling an insurance company claims officer every step of the way.

Unfortunately, we have had, for far too long, our intelligence insulted by this government and State Insurance Regulatory Authority trying to convince us that the current scheme is fair and balanced and works well by serving the interests not only of the innocently injured motorist but also of all motorists by securing a reduction in green slip premiums.

That is not the case at all. The fact is that it is the innocently injured motorist who does not receive proper compensation for their injuries which subsidises the reduction in green slip premiums and the profits of insurers.

I would have been appreciative had the government been more transparent by saying that their political interests were better served by securing a reduction in green slip premiums for all motorists at the cost of benefits available to the innocently injured motorist. It is far less offensive than an attempt to convince us that the scheme enacted is fair and reasonable.

Accordingly, there are 75% of persons injured in motor vehicle accidents who will make a claim on an insurance company without the benefit of legal representation and will not be dealt with fairly. They will be significantly disadvantaged in having to deal with claims officers directly. They will not have the benefit of legal advice as to the benefits to which they are entitled. Invariably, they will not receive all the compensation that otherwise would have been available.

It is only by engaging your own solicitor can you be assured that you will receive your full entitlements to compensation as available under the current scheme. Even though the benefits are miserly in the extreme it is important to ensure that you recover what you are entitled to. At Brydens Lawyers we are experts in the prosecution of claims on behalf of
innocently injured motorists to ensure that they receive the compensation that they deserve. Strict time limits apply with respect to the making of such claims. Do not delay – contact Brydens Lawyers today on 1800 848 848 or brydens.com.au. Brydens Lawyers – #WEDO motor accident claims.