Question of the week- Friday 13th November – What if the worker dies as a result of their work? 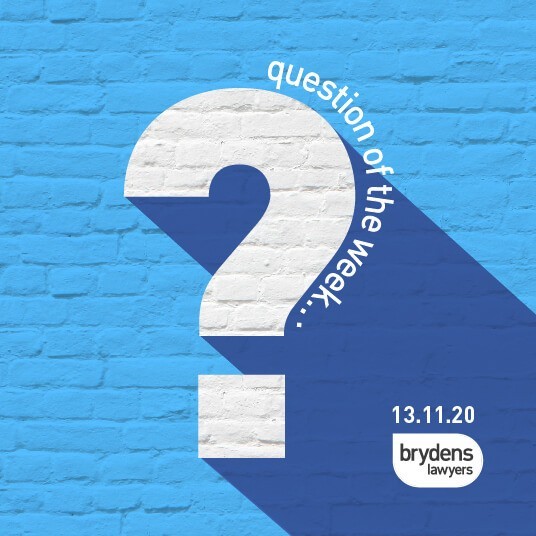 What if the worker dies as a result of their work?

Regrettably, despite every reasonable precaution being taken, workers suffer injury during the course of their employment. In fact, according to Safe Work Australia, there were in excess of 107,000 serious workers compensation claims made throughout Australia in 2017-18 and of course with serious injury comes a risk that a worker will die from the injury sustained./p>

Under the current scheme benefits are available as follows:

In the event that the workers’ compensation insurer accepts liability for the claim arising from the death of the worker it will arrange for the payment of the lump sum to any dependants who were wholly or partially dependant on the deceased worker for financial support at the time of their death. If there is more than one dependant the lump sum is apportioned as between all defendants and such an apportionment is determined by the Workers’ Compensation Commission.

If the deceased did not have any dependants at the time of their death, the lump sum is still paid and forms part of the Estate of the deceased to be distributed as per the provisions of a valid Will or as determined in the Supreme Court of New South Wales.

In the event that a worker dies as a result of a dust disease (eg asbestosis) the benefits will vary from what is set out above. There may be a claim for lump sum compensation up to $373,300 with weekly benefits of compensation payable at the rate of $307.90 to dependants.

The amount that a dependant receives is determined by the extent of their dependency on the deceased. That is, a determination is made as to whether the dependant was wholly or partially dependent upon the deceased and if partially, to what extent.

Another avenue the Estate of the deceased can seek to recover benefits would be pursuant to any eligible life insurance policy provided for by the deceased’s superannuation fund. This is often referred to as a “death cover” and is a type of life insurance which is not always provided by a superannuation fund by default. It would be payable in the event that the worker dies as a result of or during the course of their employment. However, such benefits are also generally available to the Estate of a deceased worker even if the injury or illness arose outside the scope of their employment.

The amount payable under death cover is dependent on the terms of the life insurance policy as at the date of the worker’s death. In the payment of such a claim by the superannuation fund, the benefits are received by the dependants of the deceased or payable to the deceased’s Estate.