Question of the week- Friday 16th October – How is Future Economic Loss calculated in regard to a compensation claim? 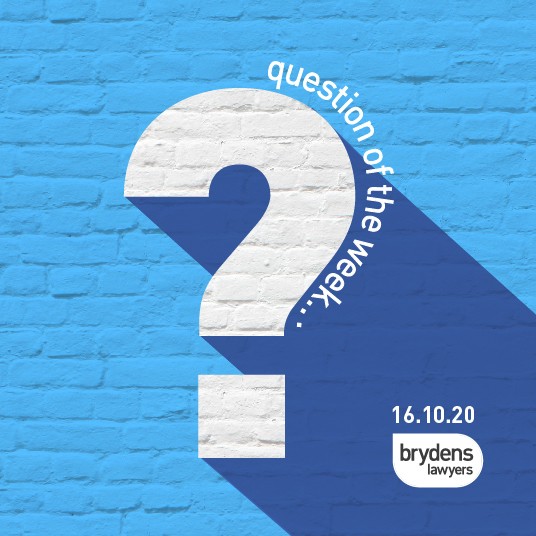 How is Future Economic Loss calculated in regard to a compensation claim?

One of the more difficult components in a personal injury claim to quantify is “future economic loss” or “loss of future earning capacity”.

In a common law claim, governed by the provisions of the Civil Liability Act 2002, a person who has successfully sued another in negligence for injuries sustained is entitled to receive, as part of their damages, compensation for future economic loss. Often it is the case that the person injured is employed or was looking to be employed and that the injury suffered in the subject accident has caused an inability to work or a reduction in that person’s earning capacity. The court will then be called upon to assess that loss.

The determination of future economic loss is far more complicated than simply multiplying out the average weekly earnings of the injured person by the number of weeks or years remaining in their working life. For example, if the injured party was earning $1,000 net per week prior to the accident and had 10 years of working life ahead of them, and the medical evidence supported the contention that the injured person would be unable to return to any form of work, then the court, in calculating future economic loss, does not simply multiply $1,000 net per week by 10 years to derive a sum of $520,000.

Because the injured person is receiving the totality of the damages in a lump sum at the time of the hearing there is a compromise called for in the assessing of future economic loss. It is the loss over a period of time that has to be calculated on a lump sum basis at present day values that forms part of the damages awarded to the injured person. There are discount tables utilised to derive that sum. Also, the totality of the damages awarded for future economic loss are invariably reduced by 15 to take into account contingencies in life.

Even if the injured person is not losing money at the time of the hearing of their claim, the court is still required to undertake an assessment of the loss in earning capacity suffered by the injured person which is compensable. In Malec v Hutton, the High Court held that even if the risk of suffering loss in the future is as low as 1%, it must be assessed by the court and form part of the damages to which the injured person is entitled. In order to assess these damages the court will take into account the nature of the injuries sustained by the injured person, the impact that those injuries will have on the person’s ability to undertake their employment duties, the nature of the employment that the injured person has and is likely to perform, the educational qualifications or experience of the injured person and the length of time remaining in their working life. The Court will award damages by either reference to a loss quantified on a weekly basis or on a lump sum basis. For example, the court may find that the injured person, even though not losing any money at the time of the trial, has suffered a $400 per week reduction in their earning capacity and this sum is applied to the discount tables to which I have referred to above for the purpose of deriving a lump sum. Alternatively, the court may determine that a “cushion” of sorts is more appropriate whereby the court determines the damages for future economic loss on a lump sum basis taking into account the matters identified above. That is, rather than undertaking the actuarial calculations to which I have referred, the court may simply award damages on a lump sum basis of say $100,000 or $200,000 or whatever is appropriate.