Weekend Write-Up Article 2 – Can you secretly record someone if they are committing a crime? 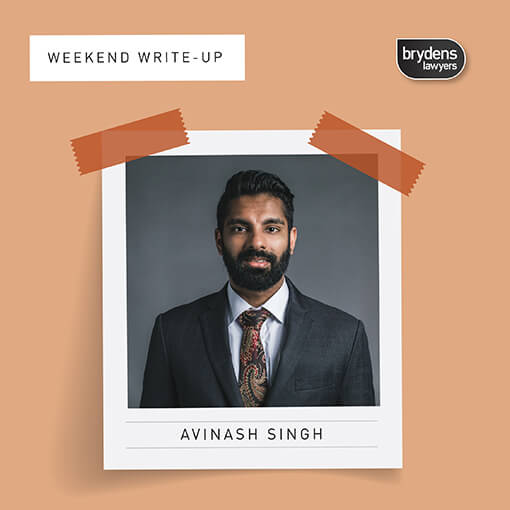 Can you secretly record someone if they are committing a crime?

Consider this: you receive information that a greyhound trainer is using live rabbits as bait when training his greyhounds. You are told the rabbits are being maimed and killed.

What do you do?

This was the scenario that confronted Animals Australia, a ‘not for profit’ charitable organisation. Animals Australia do not have the power to search premises, obtain surveillance warrants or arrest people like the Police or the RSPCA.

Sometime around 21 November 2014, Animals Australia received information from an anonymous source that Zeke Kadir, a prominent greyhound trainer, was engaging in ‘live-baiting’ at his property in Wilshere Park.

This information was relayed to Ms Lyn White, the ‘Investigations Director’ at Animals Australia. Ms White did not contact Police or the RSPCA.

The recordings captured Mr Kadir and one of his employees, Ms Donna Grech, engaging in live baiting of rabbits.

Both persons were subsequently charged with numerous animal cruelty offences.

On 5 February 2020, the High Court of Australia considered whether those secret recordings could be used against Mr Kadir and Ms Grech.

Who is Animals Australia?

What did Animals Australia do?

At the behest of Ms White, on 5 December 2014 at approximately 3am, Ms Lynch attempted to enter Mr Kadir’s property. To do so, she entered and walked through the property of one of Mr Kadir’s neighbours. She also climbed through one fence, then over another fence and then opened a latched gate.

Once on Mr Kadir’s property, she placed a camera so that it could view the area where the greyhounds were trained.

The next night, at 1am, Ms Lynch returned to the property to retrieve the camera and recording. She viewed the recording which depicted Mr Kadir and Ms Grech engaged in live baiting of rabbits.

Ms Lynch repeated this process on 15 separate occasions over the next 2 months.

In doing so, Ms Lynch committed the following offences:

Neither Ms Lynch nor Ms White were ever charged with any offences in relation to their conduct.

Ms Lynch also contacted Mr Kadir, posing as a greyhound trainer. She alleged that Mr Kadir made admissions to her about live baiting of rabbits.

All of these things occurred before Ms White contacted the RSPCA to arrange a meeting on 30th January 2015. On 2nd February 2015 the meeting occurred where she showed the RSPCA a summary of the videos.

Both Mr Kadir and Ms Grech were charged with numerous counts of:

Mr Kadir’s charges related to surveillance device recordings Ms Lynch had obtained, the evidence discovered at his premises by the RSPCA as well as the admissions he made to Ms Lynch.

Ms Grech’s charges solely related to what was depicted on the surveillance device recordings Ms Lynch had obtained.

Ms Grech contacted me after being charged. After assessing the case against her, I advised her the only way to defend the charges was to argue that the recordings were inadmissible due to Section 138 of the Evidence Act 1995 (NSW), which sets out:

“(1) Evidence that was obtained:

(a)       improperly or in contravention of an Australian law, or

(b)       in consequence of an impropriety or of a contravention of an Australian law,

Ms Grech chose to plead ‘not guilty’ and we proceeded to Trial at Penrith District Court.

What happened at the Trial?

At the Trail, we sought to have the evidence of the recordings excluded. The matters the Court was required to take into account are set out in s138(3) of the Evidence Act:

Both Ms White and Ms Lynch were called to give evidence. They were cross-examined at length and the full breadth of their actions were revealed.

The trial Judge found that the surveillance device recordings Ms Lynch had obtained should all be excluded pursuant to s138 of the Evidence Act.

In his reasons, His Honour found that:

His Honour found that evidence the RSPCA obtained through the search warrant and the admissions Mr Kadir made should also be excluded as there was a ‘causal connection’ between these pieces of evidence and the surveillance device recordings.

The Crown appealed the decision to the New South Wales Court of Criminal Appeal. They argued that the Judge made an error in considering all of the recordings together.

The argument was that the Judge should have assessed the difficulty of obtaining the first recording by itself and then assessed the remaining recordings separately.

The Court of Criminal Appeal accepted this argument and found that the first recording should be admitted into evidence.

The Crown also argued that the RSPCA search warrant and Mr Kadir’s admissions should be admitted as the trial judge failed to take account of material differences between the surveillance evidence, the search warrant evidence and the admissions in the “way” each was obtained.

The Court of Criminal Appeal also accepted this argument and found that the search warrant evidence and evidence of Mr Kadir’s admissions should be admitted into evidence.

We then appealed this decision to the High Court. On behalf of Ms Gech, an argument was put forward that the Trial Judge was correct in assessing the recordings together.

The High Court agreed with this argument and set out:

“In the circumstances of this case, the trial judge did not err in failing to weigh the s138(3) factors separately in relation to the first video-recording. His Honour was right to find that each video-recording was the product of a serious contravention of Australian law. The seriousness of the contravention was in each case the greater because the recording was made in deliberate contravention of the law with a view to assembling evidence which it was believed the proper authorities would be unable to lawfully obtain. To the extent that it was more difficult to lawfully obtain evidence of live baiting before the first video-recording was made, this was a factor which weighed against admitting it. There is no suggestion that the trial judge erred in his assessment of the other s138(3) factors. His Honour’s determination that none of the surveillance evidence is admissible is correct.”

Mr Kadir also appealed to the High Court and argued that the evidence from the search warrant and his admissions should be excluded.

The High Court held that the way in which the search warrant evidence and admissions were obtained was materially different from the way the surveillance evidence was obtained.

In relation to Mr Kadir’s admissions, the High Court found that Ms Lynch did not make use of any knowledge that she gained from the surveillance evidence in her conversation with Mr Kadir.

As such the High Court admitted the evidence from the search warrant and admissions against Mr Kadir. Mr Kadir still faces a number of charges based on this evidence.

The exclusion of the first recording means that there is likely to be no case against Ms Grech.

Significance of the High Court’s decision

This decision makes it very clear that where deliberate, illegal conduct is used to obtain evidence, the Court will be very reluctant to admit that evidence. This is so even where the evidence is crucial and the offences the evidence provides proof of are very serious.

The trial judge assessed the practice of live baiting as “callous and deliberate cruelty administered to defenceless animals for financial gain” and lauded the motives of Animals Australia. Despite this, he excluded the evidence obtained from all of the surveillance recordings – a decision that the High Court endorsed.

The position is different if Police or other government bodies receive illegally obtained evidence and then conduct investigations lawfully. If other evidence is (lawfully) obtained, it is likely that this evidence will be admitted.

Had Animals Australia approached Police or the RSPCA at an early stage, rather than conduct their own ‘investigation’, there may have been some admissible evidence against Ms Grech.

Fortunately for Ms Grech, this was not done and she is free to move on with her life.