Weekend Write-Up Article 8 – If you have been injured in a motor vehicle accident, it is important to lodge a claim with the insurer immediately 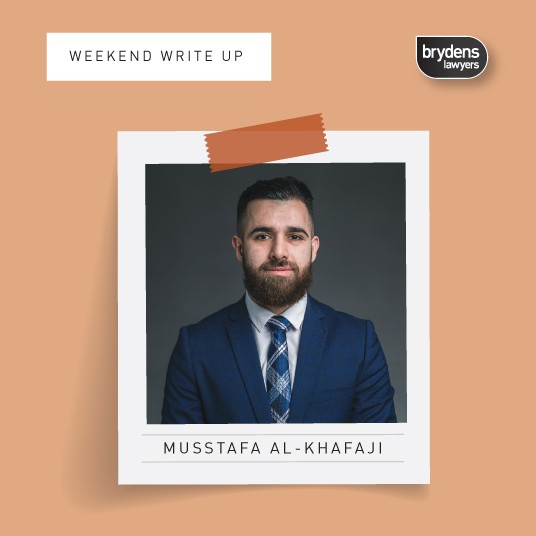 Weekend Write-Up Article 8 – If you have been injured in a motor vehicle accident, it is important to lodge a claim with the insurer immediately

The Motor Accident Injuries Act 2017 (NSW) which became effective on 1 December 2017 introduced significant changes to the scheme available to persons who have been injured in a motor vehicle accident for the purpose of claiming compensation.  Regrettably the changes brought about by the legislation have further reduced the levels of compensation that were otherwise available to injured motorists.  Regrettably we are not availed of actual figures from the various insurers and/or the Government as to how the scheme is progressing with respect to premiums received and payment of compensation made but there is anecdotal evidence available to confirm that the insurers have received billions and billions of dollars in greenslip premiums and have only paid out a minor fraction of that sum to injured persons by way of compensation.  Many of you would know that greenslip premiums have not reduced significantly yet the level of compensation and cover provided by the greenslip has.  The one common denominator that seems to drive all reforms by this Government in the area of motor accident or workers compensation claims has been to reduce the level of benefits for the injured and to enhance the profitability of insurers.

If you have been injured in a motor vehicle accident regardless of whose fault it was, you are entitled to make a claim as against a CTP insurer.  For the first 6 months following the accident you are entitled to payment of all reasonable and necessary medical treatment as well as reimbursement (in part) of any wage loss suffered during this period.  It is imperative however that for full benefits to be recovered the claim form is lodged as soon as possible following the accident and within 28 days at the latest.

If you are not at fault for the accident and have suffered more than just a “minor injury” there may be additional benefits available.  For example, if the injury sustained results in a whole person impairment in excess of 10%, you are entitled to recover damages for non-economic loss (pain and suffering).

You would also be entitled to recover the actual loss of wages suffered as opposed to the statutory benefits paid for the first 6 months.  There may also be a claim for future economic loss.

What is a minor injury?

The “minor injury” threshold represents the most radical change introduced by the Government in this legislation to the previous scheme.  The legislation provides for a very complicated and complex definition of minor injury.  Deliberate I would suggest so as to create uncertainty on the part of claimants when deciding to pursue their claim or otherwise.  The “minor injury” threshold applies to both physical and psychological injuries.  It has proven to be a bar to the prosecution of the overwhelming majority of claims on behalf of motor accident victims.

It is the insurers who are driving the enforcement of the “minor injury” threshold.  The insurer makes the initial determination as to whether a claimant has suffered a minor injury or otherwise and if so, will cease payment of any benefits beyond the initial 6-month period.  This then leaves the injured person in the invidious position of having to prosecute the claim further by way of review.  There is of course time and expense involved in same.

The introduction of the Motor Accident Injuries Act 2017 (NSW) does not represent the highwater mark of legislative reform in NSW.  In fact, it is an embarrassment and represents the zenith of a Government’s contempt for the rights of injured persons.

Regrettably, at least for the time being, this is the only scheme that we have to recover any semblance of compensation for persons injured in a motor vehicle accident.  If you have been so injured then you need to seek legal advice as soon as possible following the accident given the strict time limits that in place, again designed to limit the entitlements of the injured.

Most importantly, please stay safe on our roads.